The Development of a Trial Theme & Theory 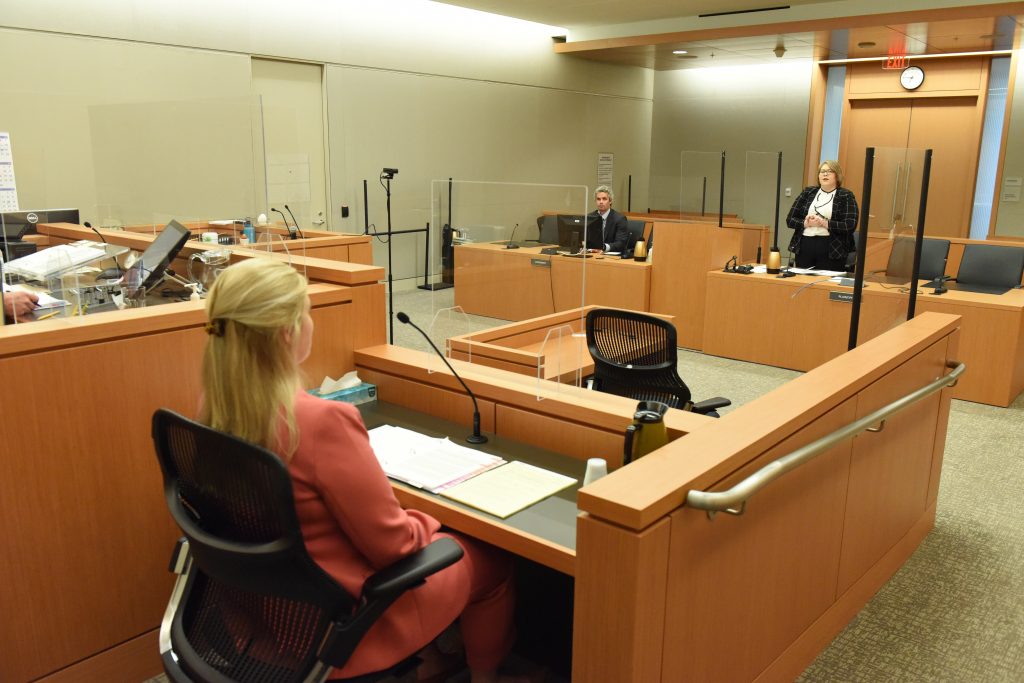 The Development of a Trial Theme & Theory

Much has been written about the importance of selecting and advancing a theme at trial. But while theme is important, it is distinct from, and subordinate to, the theory of the case. You may be thinking, “wait, aren’t theme and theory essentially the same thing . . . two interchangeable words expressing the same concept?” And herein lies the problem. When lawyers confuse theme and theory—and especially when they develop a theme without a theory—they risk trivializing their case and losing the jury. This article will explain why theme and theory are, and must remain, distinct concepts.

The Difference Between Theme & Theory

A good theory answers the question: “why do these facts, as applied to this law, mean that we win?” A good theme, on the other hand, is the universal truth that supports why our theory of the facts and the law is righteous and why we should win.

But what, really, is a theme and what is a theory? One definition of theory that fits the context of litigation is: “the analysis of a set of facts in their relation to one another.” See, https://www.merriam-webster.com/dictionary/theory. This definition encapsulates what we do as lawyers: analyze facts and apply those facts to legal elements.

A good theme cannot be forced. Experienced lawyers will play with theme ideas for a long time before committing to one. Some lawyers even recommend finalizing the theme after voir dire, customizing the final theme to match the words, phrases, and insights that resonated during jury selection with the actual jurors who are seated and sworn to hear the case.

A best practice is to keep an on-going list of possible themes from the beginning of the case. As you work through the discovery phase and trial preparation phase, continually reference that list—refining and adding to it, until you find a theme that is honest and true, one that encapsulates the universal value that your side of the dispute represents.

To help you start your list, theme ideas can be found with a quick internet search. Beth D. Osowski’s 2009 article, “Ideas for Case Themes,” is noteworthy. See, James Publishing Civil Litigation Blog at https://jamescivillitigation.wordpress.com/2009/06/29/ideas-for-case-themes/. Although Osowski’s list is incomplete, and a lot of the themes are probably too broad for effective use at trial, such lists can jumpstart the brainstorming process. A few favorites from the Osowski list are: “responsibility,” “running late”; “courage”; “patience”; “respect”; and “why are we here?”.

Developing the theory of the case starts with a rigorous and neutral evaluation of the facts. The method suggested by Judge Herbert Stern in his multi-volume set, Trying Cases to Win, is instructive. First, take a legal pad (or open a word processing document) and draw a line down the middle of the page. On the left side of the page—closest to your heart, as Judge Stern likes to say—write all the indisputable facts that are good for your client. On the right side, list all the indisputable bad facts. Indisputable facts are the ones that everyone will have to agree are true. (Attorneys Roger Dodd and Steve Rench call them “facts beyond change.”) Neuroscience tells us that the human brain craves consistency. No theory that conflicts with an indisputable fact (i.e., a fact beyond change), will be believed by a jury.

After identifying all the indisputable facts—both the good and the bad—work through each bad fact and generate a list of inferences that can be drawn from each one. Choose the most reasonable and plausible inferences that could convert the bad facts into good facts or, at least, neutralize them. That will allow you to move otherwise bad facts to the left side of the page and into the good-facts column. Then, apply all the indisputable facts to the elements of the claims and defenses, while crafting a comprehensive, logical, and consistent narrative. Finally, reduce the facts, inferences, and law to a one-paragraph mantra you can state at a moment’s notice during any phase of the trial.

Example of Theme and Theory Together

In a DUI case, the prosecution theme—the idea that binds together the various parts of the narrative—could be the phrase “choices and decisions.” It’s universal, because everyone was taught at some point that they should make good choices and should be held responsible for the consequences of poor decisions. The theory, the organization of the facts in a way that supports the prosecution’s version of events, could be phrased as follows: “On the evening of May 1, 2021, the defendant drank four beers at the Lonely Goat Bar, got into his car, and then drove that car on the public roadways with a blood alcohol concentration of over .08.” For an example of how you can weave the theme and theory together consider the following: “This case is about a man who, when he had the choice, made the wrong decision . . . a conscious decision to get into his car after drinking and then drove that car on the public roadways with a BAC of over .08.”

A compelling theme can be the first words of your opening statement, it can be the scaffolding of your direct and cross examinations, it can be the dramatic ending of your closing argument, but it cannot win your case—only a good theory can do that. Theory is steak; theme is sizzle. Or, if you prefer the sweet to the savory: theory is cake; theme is icing. You can fill up on cake without frosting but frosting without cake is too sugary. It doesn’t really satisfy. Similarly, arguing all theme and no theory won’t satisfy jurors’ need for a consistent and logical story. The advocate who focusses on theme to the exclusion of theory puts their case, and their client’s cause, at risk. The good news is that theory development is not a mystery—it is a repeatable formula that consists of analyzing the indisputable facts and applying them to each legal element of the causes of action and affirmative defenses. Putting theory development at the forefront of every case will bring clarity to your preparation, sharpen your trial presentation, enhance the persuasiveness of your theme, and, most important, help you present the best possible case on behalf of your client.